Getting Business Abroad Right: Business Card Etiquette Around the World 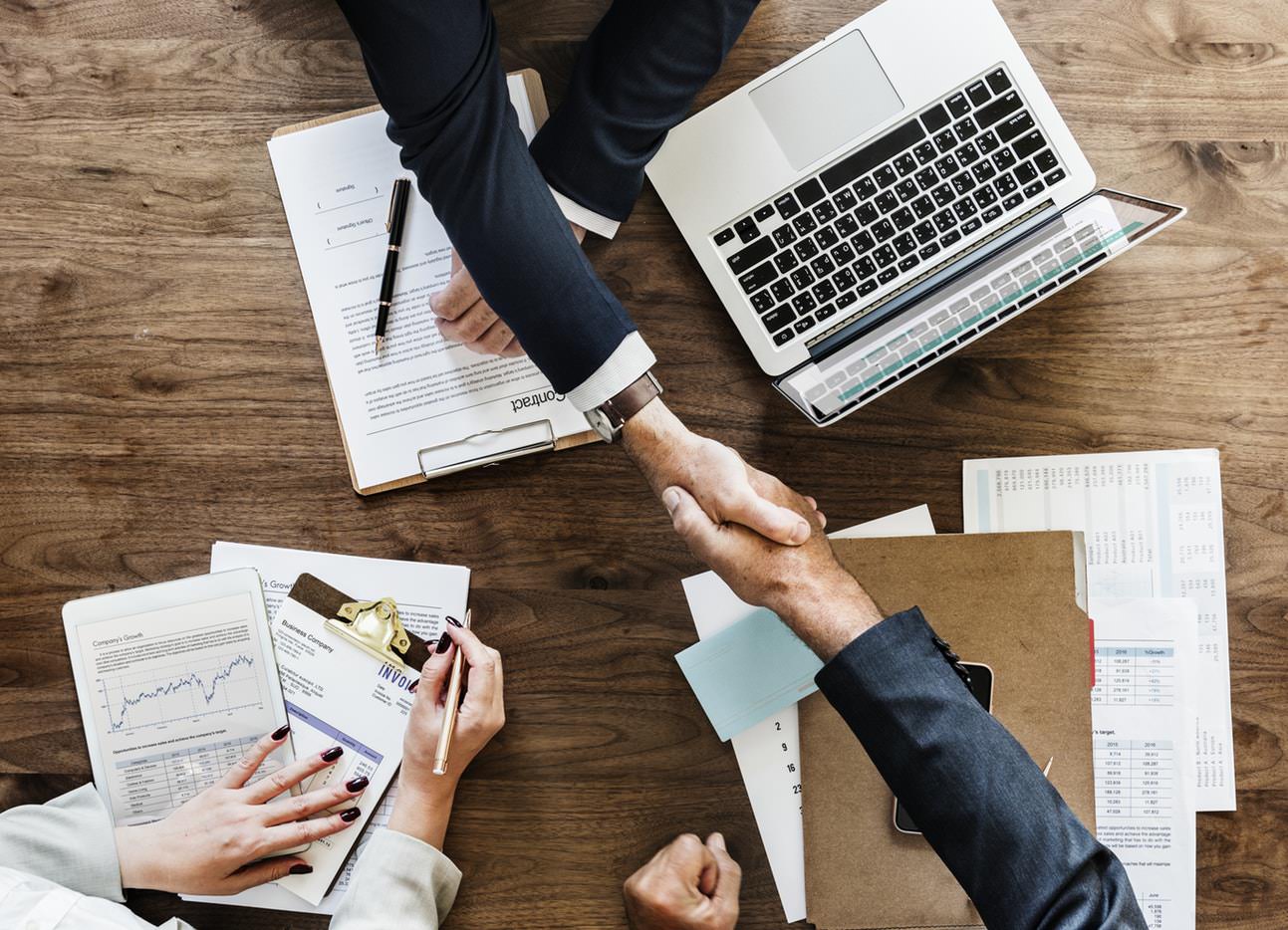 Sharing business cards has long been one of the easiest and most convenient ways to exchange contact information around the world. In the 15th century, the Chinese invented calling cards that let others know they intended to visit, while European merchants handed out trade cards in the 17th century that acted as ads. 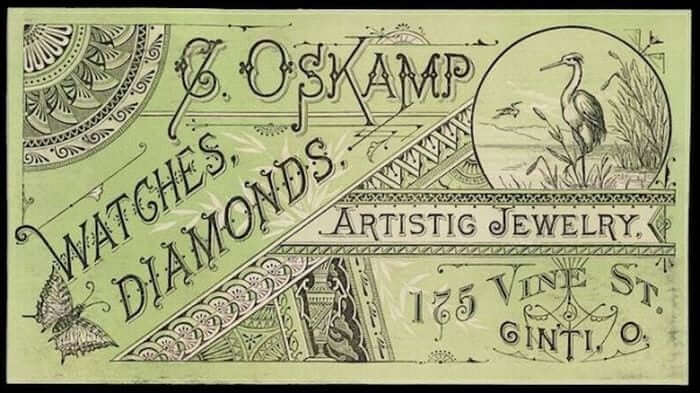 But from country to country, these little pieces of card aren’t just vessels of information. They also act as reminders of a meeting with someone and, to some extent, are an extension of that person.

In this day and age, conducting business overseas is a common part of business. The world is becoming increasingly smaller thanks to the internet, but people are still handing out business cards despite the evolution of technology.

However, exchanging business cards in the right way can leave a good lasting impression or a bitter taste if you don’t do it right. To stop you getting it oh-so wrong, we’ve put together a guide to business card etiquette in different parts of the world.

The Basics Are the Same

Let’s backtrack for a moment.

A business card is a universal tool of business. It generally includes a person’s name, position, contact details, and website, and this is pretty much the same wherever you go in the world.

For the most part, business cards are rectangular in shape and pretty simple in design, though we’re starting to see more and more creative efforts circulating. 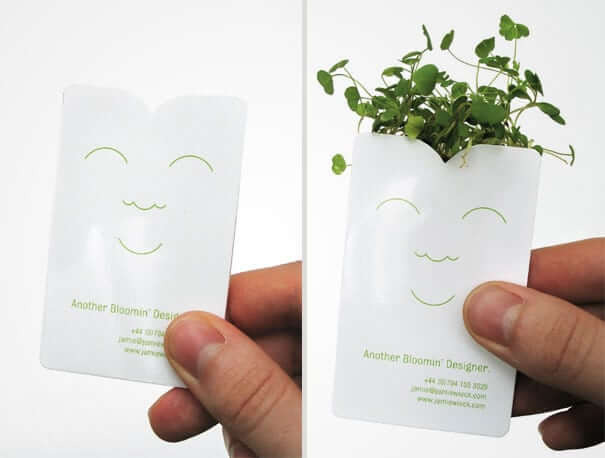 And, when it comes to their purpose, it’s the same from culture to culture. Business cards are used as a means of introduction and information exchange.

In many countries, they are seen as a representation of the individual handing them out, so ideally you want to present it like you would present yourself.

In the US, UK, and Australia, business cards aren’t as much of a ritual as in other parts of the world; they really are just used as an exchange of information, but for places like Japan, China, and the Middle East, there is a whole ceremony that comes with exchanging these slips of information.

Business Card Etiquette Around the World

The advancement of globalization means that building real, in-person relationships is becoming even more demanding.

Businesses have to work harder than ever to build trust with consumers and businesses in different cultures. And, when chief executives of global organizations spend an average of three out of every four weeks traveling, it makes sense that getting the art of handing out business cards just right is a necessity.

In Japan, exchanging business cards is seen as a show of respect and honor and involves a certain degree of ceremony.

Unlike in western countries where it’s considered okay to simply swap cards and be done with it, in Japan it’s seen as polite and professional to receive a card with both hands, bow, and express gratitude.

When you’ve been handed a card, don’t put it away immediately. Instead, it’s considered good manners to carefully examine it, memorize it, and comment on something that’s written on it, even if it’s just repeating the name of the company or confirming the web address.

Don’t even think about stuffing the card straight in your pocket either. Instead, put it neatly in a holder so it doesn’t get bent and damaged. And when you present your card to someone, do it with both hands as well.

In Japan, business cards act as an extension of the person, and yours should be presented in a way you’d like to be remembered. That means choosing a high-quality card over a cheaper option and adding professional, elegant touches to leave that all-important good lasting impression. 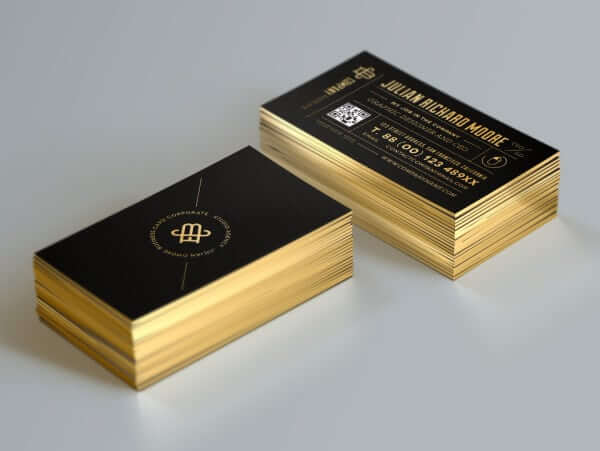 Exchanging business cards in the Middle East is slightly less ritualistic than in Japan, but there is one thing to bear in mind. When presenting your card to someone else, make sure you do it with your right hand and not your left.

In India, business cards aren’t just used for business means; they can also be used in non-business settings and in social situations to quickly give your contact details to another person.

There’s not as many rules and regulations around handing out business cards in India, except in the same way as the Middle East it’s considered good manners to offer your card with your right hand.

The biggest difference between business cards in India and the rest of the world, though, is the heavy emphasis they place on academic achievements. So, when designing your card for business events in India, be sure to add any degrees or certificates that show off your qualifications. 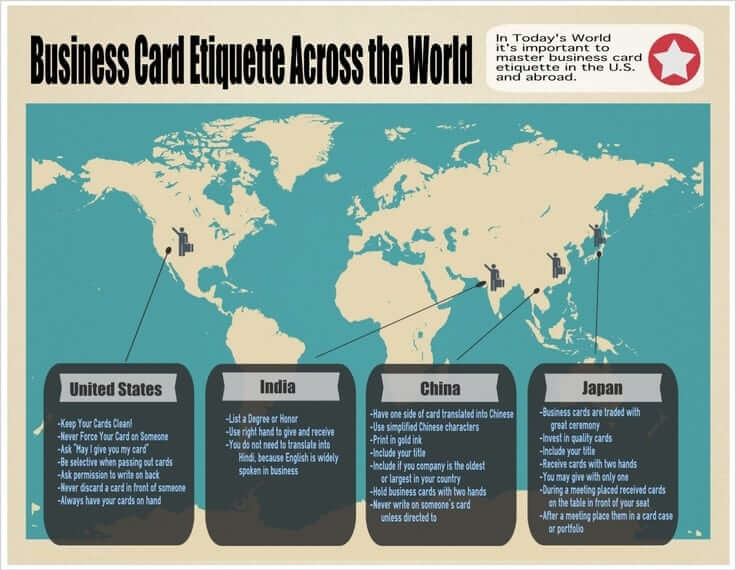 If you’re doing business in China, there are a few more etiquette pointers to follow than in India and the Middle East. Like in Japan, it’s considered good manners to carefully examine each business card you receive and to offer your card with both hands when giving it out.

It’s important to remember that, in China, business cards are treated as semi-sacred objects. So much so, that some businessmen hand out 24-carat gold cards, while nursery school children even have their own cards filled out with the job descriptions and contact details of their parents.

On top of that, if you want to make an extra good impression in China, you might want to translate your information into a Chinese dialect on the back of the card so it can be easily understood by whoever is on the receiving end. 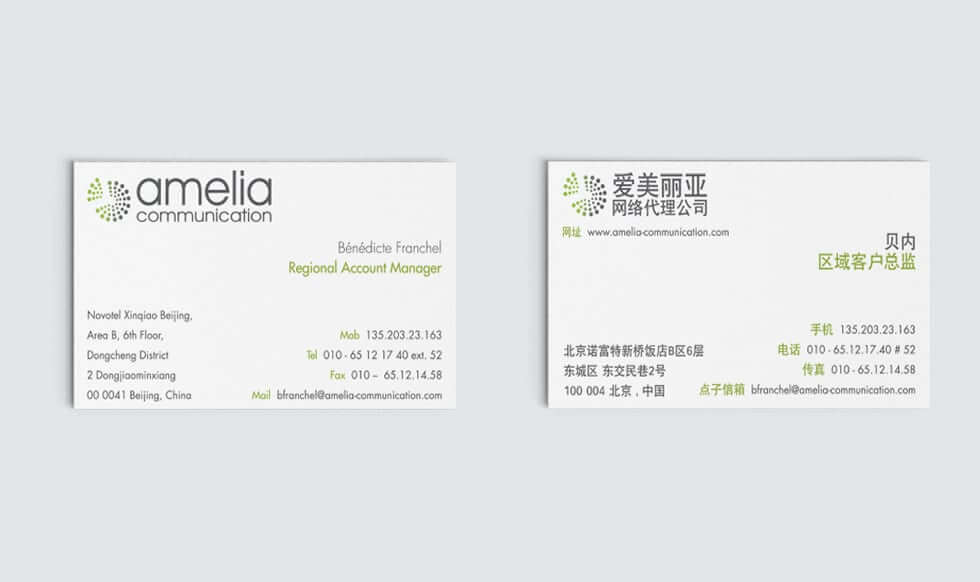 And, if you want to take it a step further, consider adding splashes of red and gold, as these colors are considered lucky in Chinese culture.

We touched on the pretty lax etiquette of handing out business cards in the US, UK, and Australia earlier, and in Western Europe things are pretty similar. There are a few etiquette pointers you might want to stick to if you want to make a good impression, though.

Doing business around the world is common practice in business these days, but getting the cultural etiquette right can be tricky if you don’t know what you are and aren’t supposed to do.

For the most part, the etiquette is the same. You essentially want to treat both the business cards you’re handing out and the ones you’re receiving as sacred pieces of information and avoid getting them bent or damaged in any way.

Take note of what everyone else is doing at the event or reception, as this will give you a few pointers on the local etiquette, and always do your research beforehand so you don’t make any major faux pas.

When you’ve mastered that part, it’s just a case of being professional by: 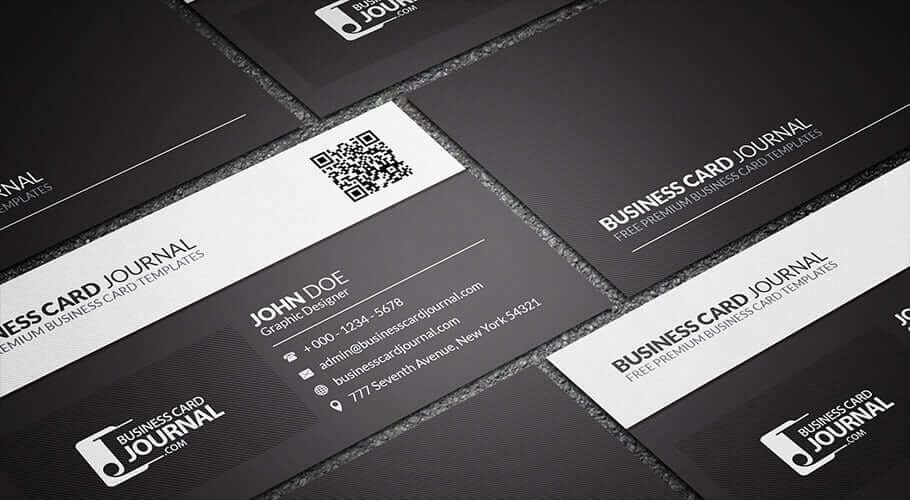 How You Exchange Business Cards Can Leave a Lasting Impression

There are vast differences in cultures around the world and this is carried over into the business world, particularly when it comes to exchanging information in the form of business cards.

Knowing the etiquette of the different countries you’re doing business in means you can make a good first impression and avoid any awkward encounters. But even more importantly, you can show your respect for people in those countries by following their rituals around exchanging contact information.

The most important thing to remember is that, wherever you are in the world, keeping your business cards neat and tidy in a holder is the preferred way of doing business. On top of that, think about your card as an extension of yourself and the lasting impression you’d like it to give people you’re doing business with.

When you bear this in mind, you can create and present a design that not only acts as a vessel for information, but also as an extension of your company and brand.

For everything else, like how to hand over your card or what you should do once you receive one, should be researched before you travel abroad depending on where you’re going and the kind of businesses you’ll be meeting with.

Get the exchanging of business cards right, and you might just see business soar.

For more tips and tricks on how to design a business card that wows around the world, sign up to our newsletter.

« 10 Must Do Rules for Designing Your Business Card Bulk Business Cards: Everything You Should Know About Ordering and Printing »